[This article was first published on driving.ca. Vehicle specifications may vary by market.]

You’ve got to hand it to Mitsubishi’s designers who refreshed the Eclipse Cross for 2022 — they might not be able to make the compact crossover the top-selling model in its segment — it isn’t by a long shot — but they at least made it one of the most stylish. The fastback-profile 2020 model (there was no 2021) already sported a very avant-garde look, albeit with a few questionable styling cues. The new Eclipse Cross removes almost all of the overdone details, most notably the rear-view-limiting horizontal division of the raked rear window, with the result being a smart, more streamlined and sophisticated design that should attract fashion-conscious millennials who are on a restrained budget.

Along with a new front fascia that features reshaped and repositioned headlamps and fog lights, the Eclipse Cross has seen its front and rear overhangs extended, resulting in an increase of 140 millimetres in overall vehicle length, 105 mm of which are added in the back end. For those back-seat passengers with longer legs, the fact there is reasonable room in which to sit should be seen as a decided plus, not to mention an 18 per cent increase in cargo room.

Mitsubishi also retuned and reconfigured the suspension to improve handling. Yet, make no mistake, the Eclipse Cross is about long-distance comfort, not sport. As long as you don’t get too frisky, body lean when cornering is kept mostly in check. However, the electric power-assisted rack-and-pinion steering, with its light weight, doesn’t provide a great deal of road feel — it’s great for parking maneuvers, not so much when negotiating curving back roads. 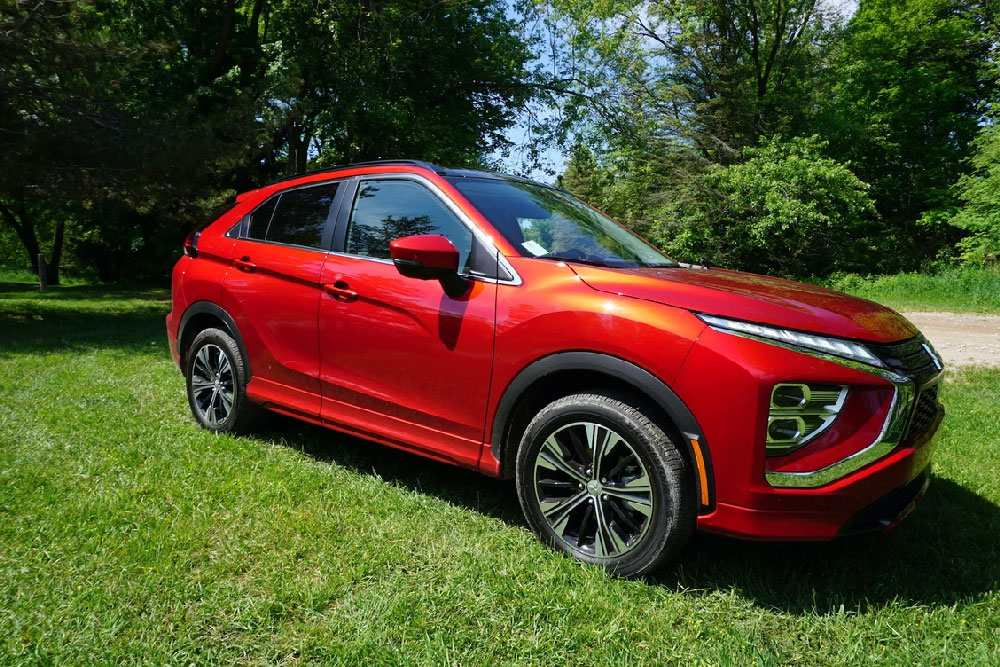 There are no upgrades under the hood for 2022; motivation is still courtesy of a 1.5-litre turbocharged four-cylinder with direct injection, hooked up to a continuously variable transmission, albeit one with an eight-speed sports mode. With 152 horsepower, it’s a willing engine within its class, once you look past the better-known players among compact sport-utes — Toyota RAV4, Honda CR-V, Mazda CX-5, Nissan Rogue, Ford Escape and some others — that have significantly more powerful engines, either standard or optional. (The 1.5T’s 184 pound-feet of torque is far more competitive within the segment.)

Booting around town confirmed previous impressions of the Eclipse Cross — the turbo four is happiest on flatter stretches of road, where it provides acceptable acceleration (when pushed, hitting 100 km/h takes about nine seconds). However, I ran the Mitsubishi up Airport Road through Southern Ontario’s Hockley Valley, where the roller coaster terrain proved challenging for the engine. The steeper inclines required a couple of downshifts on the paddle in order to maintain a steady speed, the four-cylinder’s sound becoming coarser with the increased revs. Interestingly, Mitsubishi lists two specific towing capacities for the crossover — 680 kilograms if there are five occupants aboard, 907 kg if there’s only two. 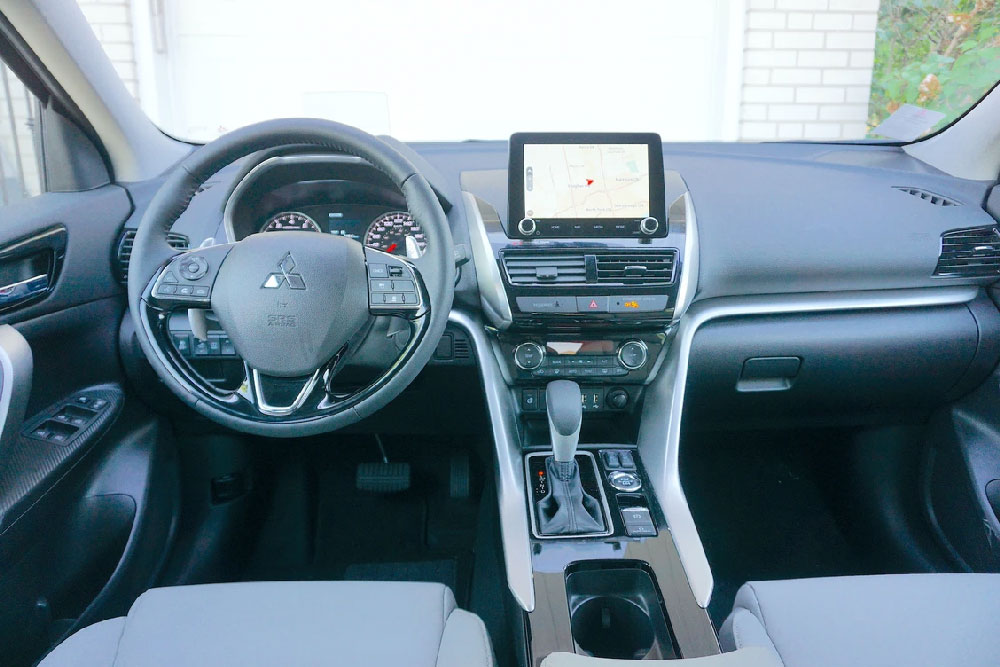 As for fuel economy, I averaged 8.3 litres per 100 kilometres during my time with the car, most of the time spent on four-lane and secondary highways. Not horrible, yet far from class leading.

The Eclipse Cross is offered in four trim levels, starting with the $28,598 ES S-AWC. After that there’s the SE, SEL and the topline GT tester ($36,998). No matter the trim level, all now come with an improved infotainment system, most notably a larger eight-inch screen on the Smartphone link Audio Display, which is now mounted closer to the driver for improved touchscreen operation and visibility. And the fussy touchpad controller of the 2020 model has been replaced with manual turning and volume knobs. Apple CarPlay and AndroidAuto compatibility comes standard. All in all, though, the cabin is as conventional as the exterior isn’t. 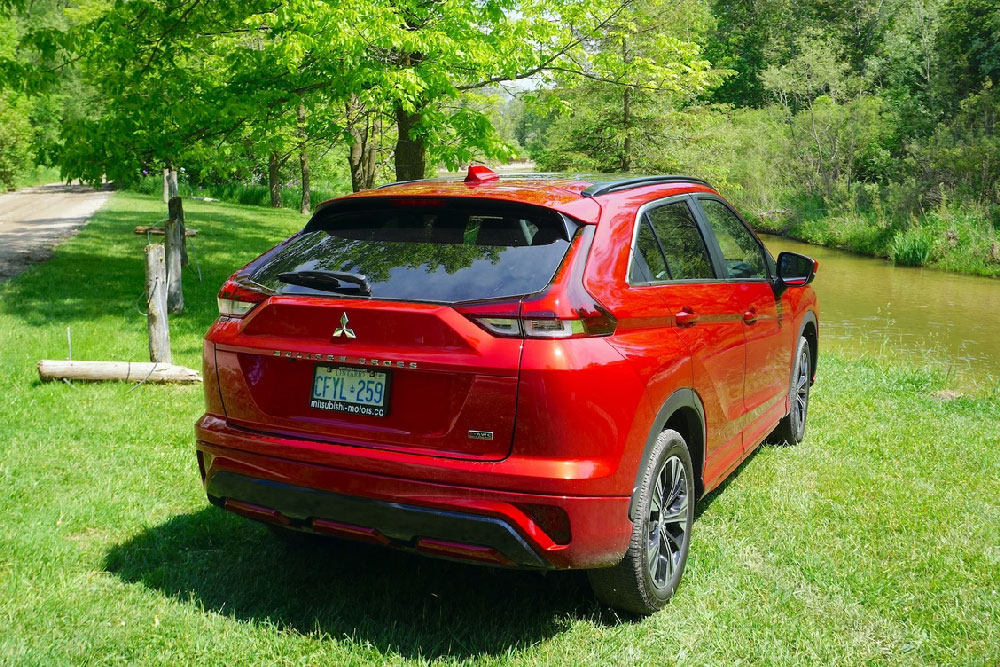 There’s little doubt that, like many of its rivals, the Eclipse Cross is a light-duty rig, one best suited as a commuter vehicle rather than one for serious “adventuring” — a perfectly acceptable role for the crossover and one at which it will do well, if it can make itself heard above the “pick me, pick me” noise generated by a formidable number of competitors.

Register now to be one of the first in Singapore to know more about the new Eclipse Cross now!