2022 Mitsubishi Eclipse Cross First Test: Exactly What It Needs To Be

[This article was first published on motortrend.com. Vehicle specifications may vary by market.]

Sometimes ordinary is all you really need.

Hop into the 2022 Mitsubishi Eclipse Cross and the first thing you notice are a set of massive shift paddles mounted to the steering column. Huh? They look like they were taken straight out of the Lancer Evolution X from years ago, and they immediately convey a wildly specific message.

It's a message the rest of the Eclipse Cross can't quite live up to. Paddles this huge are usually reserved for the sportiest automobiles, like Ferraris, and Lamborghinis. Or Mitsubishi Lancer Evos. Seeing them poke out from behind a small crossover's steering wheel gives you the impression this SUV is built for serious drivers. However, the 2022 Mitsubishi Eclipse Cross is not made for people who love driving, but rather for a much wider range of buyers. 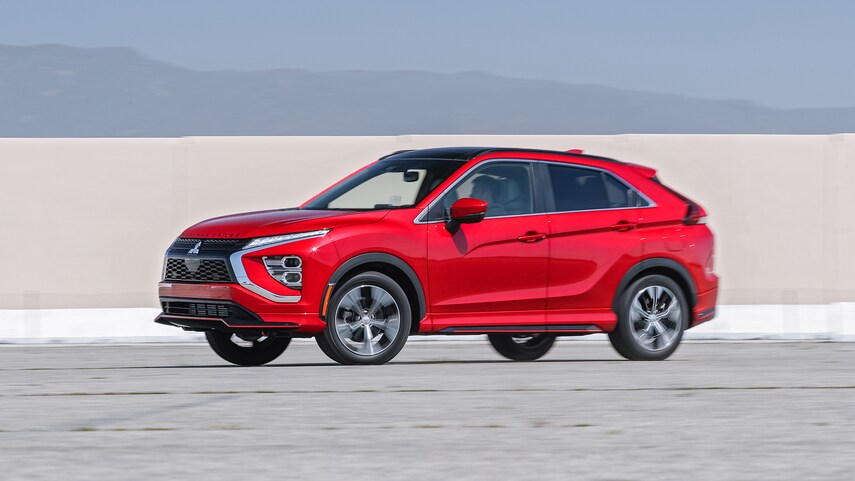 Mitsubishi is in the middle of renaissance, relatively speaking. Gone are the days of performance cars like the Lancer Evo, Eclipse coupe, and the 3000 GT from the '90s and '00s. The Mitsubishi of the 2020s primarily builds low-frills SUVs—as any mass-market automaker with less than a one-percent market share should. The 2022 Mitsubishi Eclipse Cross receives a new face and a refreshed rear end that makes it easier on the eyes and adds a bit of cargo space.

Inside, the latest Eclipse Cross is largely the same as the 2020 car, except the touchpad that once controlled the infotainment display is gone. The info display is now a touchscreen, and it's lower and closer to the driver and passenger. The rest of the interior is unchanged and remains an average place in which to spend time. It isn't a standout interior by any means, but the tough plastics—despite being unattractive to look at—will likely last a long time with minimal wear far into the car's lifespan.

The oily bits are the only notable parts of the 2022 Eclipse Cross that remain untouched. The 1.5-liter I-4 engine still makes 152 horsepower and 184 lb-ft of torque, and it still sends its grunt through a CVT automatic to either the front or all four wheels. Our top-spec SEL test car was equipped with Mitsubishi's Super All-Wheel-Control AWD system. The four-cylinder and the AWD was enough to scoot the Eclipse Cross to 60 mph from a standstill in 8.7 seconds in our testing.

Just one look at the spec sheet gives away the fact the Eclipse Cross was never going to be a serious performer, but the updated 2022 Eclipse Cross was 0.3-second quicker to 60 mph than the one we tested previously. This puts it much closer to competition like the base Honda CR-Vs and Toyota RAV-4s of the world. The car completed the quarter-mile run in a leisurely 16.7 seconds at 82.1 mph. The 2022 Mitsubishi Eclipse Cross doesn't stand out in terms of straight-line performance, but it is a much more compelling package when you leave the dragstrip. Drive within its limits, and the car's appeal comes through. Despite its ridiculously oversized shift paddles, quirky head-up display that pops out of the dashboard, and aggressive, killer-fire-ant styling, the Eclipse Cross is perfectly suited to its real-world role.

Easy To Use, Easy To Live With

The 2022 Mitsubishi Eclipse Cross drove smoothly over Los Angeles' rutted roads, and was relatively quiet on longer journeys. Though it lacks the refinement of class leaders like the Honda CR-V and Mazda CX-5, it's just as easy and comfortable to cruise around in, and it makes day-to-day life a simple affair. Second-row room is ample, and taller backseat passengers won't have to worry about headroom despite the SUV's aggressive roofline. 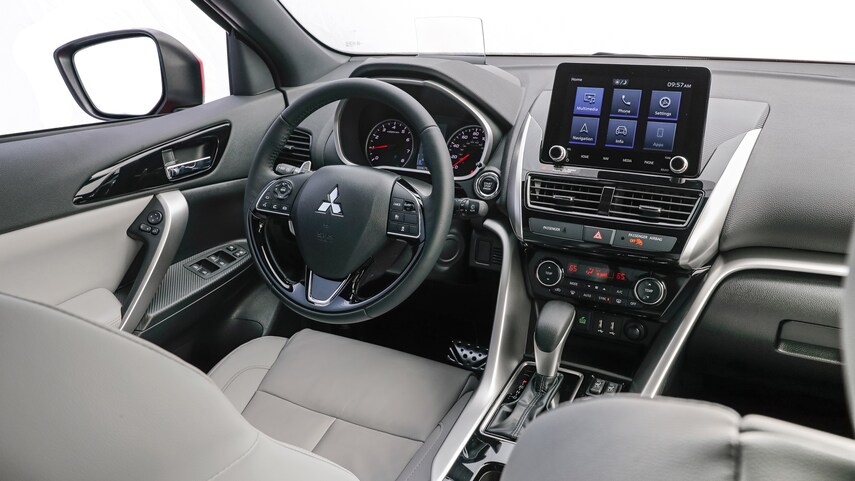 Apple CarPlay made infotainment woes a distant memory, even though the car's in-house system when not using CarPlay responds slowly to inputs. However, the available park assist, lane-departure warning, and blind-spot monitoring systems more than made up for that little niggle. All of these available features make the Eclipse Cross exactly what it needs to be: a solid, affordable, compact SUV.

A to B, that's the name of the game when it comes to the 2022 Mitsubishi Eclipse Cross. It plays the role nearly as well as most of its competition, and though it isn't "special," it's an extremely solid car in its segment. 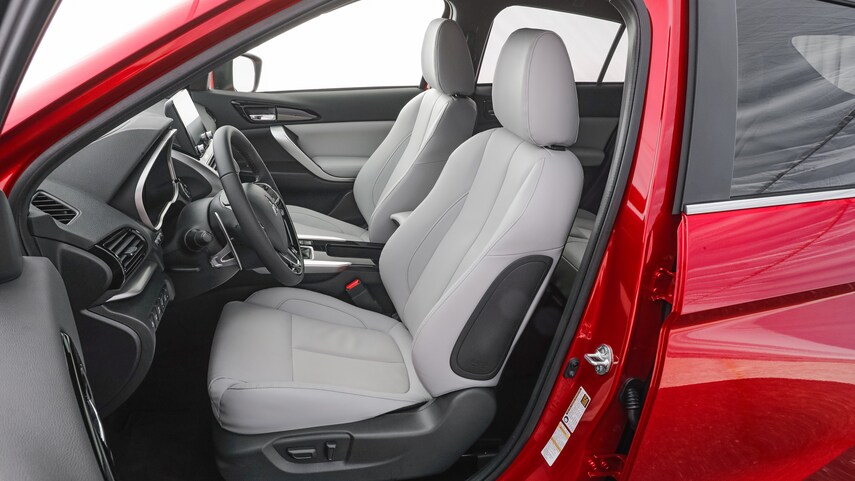 Indeed, not only is it easy to live with, but Mitsubishi's available 10-year/100,000-mile warranty means this crossover SUV could be your machine for nearly an entire decade. Sure, $34,670 might sound pricey, but compared to top-spec Honda CR-Vs that reach almost $40,000, the 2022 Mitsubishi Eclipse Cross is a good value in its own right.

Register now to be one of the first in Singapore to know more about the new Eclipse Cross now!