At an event typically dominated by introductions from American auto companies, Kia Motors stole the spotlight with the world debut of the all-new 2018 Kia Stinger (hereafter Stinger) at the North American International Auto Show. A five-passenger fastback sports sedan poised to redefine a segment currently populated by European automakers, the Stinger promises to be the highest-performance production vehicle in the company's history and is backed by Kia Motors' industry-leading quality and reliability. Offered with multiple engine and drivetrain configurations and luxurious accommodations, the Stinger is planned to go on sale in overseas markets late this year. Pricing will be announced closer to the vehicle's launch date. 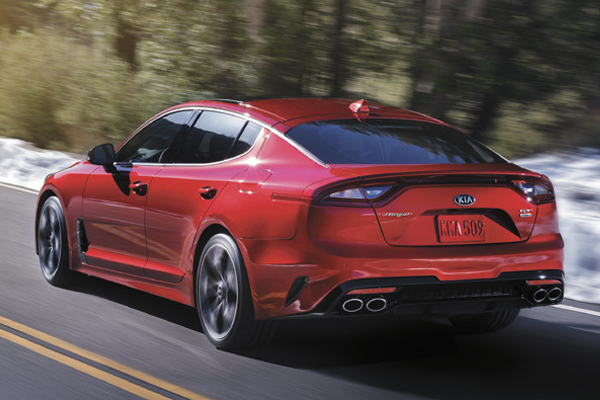 "Unlike any Kia that has come before it, the Stinger really is a dream car for us, and here today in Detroit, that dream is now a reality after years of commitment and hard work from a passionate group of designers, engineers and executives around the world," said Orth Hedrick, vice president, product planning, Kia Motors America. "From its GT concept-car origins to the years of tuning and refining on the legendary Nurburgring circuit, no detail was too small to be obsessed over, and the result is simply stunning."

Instantly recognizable as a direct evolution of the concept that preceded it, the all-new 2018 Kia Stinger design was overseen by Peter Schreyer, Kia Motors' chief design officer, and his talented team of designers in Frankfurt. Ride and handling development was looked after by Albert Biermann, head of Kia's Vehicle Test and High Performance Development and his group of engineers in Korea and on the grueling Nurburgring racing circuit. While both engines are still under development, the standard 2.0-liter turbocharged four-cylinder Theta II engine produces an estimated 255 horsepower at approximately 6,200 rpm. Max torque of 260 lb.-ft. is available from 1,400 - 4,000 rpm. Performance credentials are further enhanced through the available 3.3-liter twinturbo V6 Lambda II engine, which is anticipated to produce 365 horsepower at an estimated 6,000 rpm and offer max torque of 376 lb.-ft. from 1,300 - 4,500 rpm. Kia is targeting 5.1 seconds to 62 mph and a top speed of 167 mph with the twin turbocharged V6.