I have always liked the Kia Stinger. After all, I had a hand in voting the first-generation Stinger winner of The Straits Times Car of the Year back in 2018.

It was the first Korean car to ever clinch the title and apart from being overall winner, it also bagged awards for best styling and best value.

These boded well for the Stinger’s debut, which put Kia in a whole new light. It checked all the right boxes for a high-performance, fastback sports sedan.

Check one. It possesses the right pedigree, having been developed on the Nurburgring by BMW M’s former engineering head.

Check two. It conveys all the right visual cues that suggest you are on to something good. 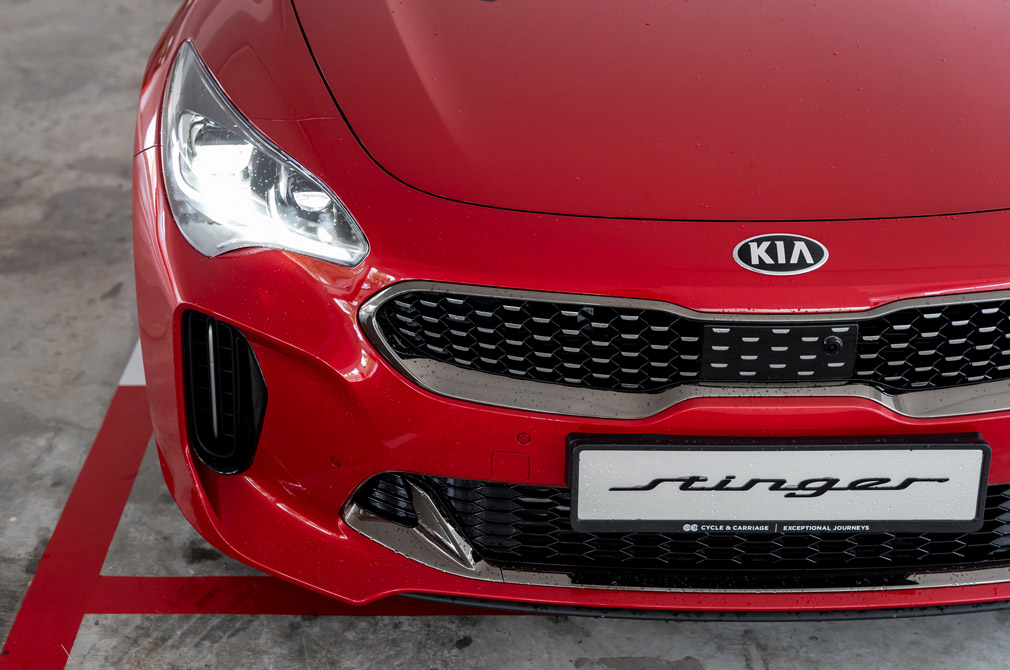 Check three. Call me a purist, or just plain old-fashioned, but I like my performance cars rear-wheel-driven and this one is.

Check five. All these could be had for just over $200,000 (for the GT model in January 2018 when the Stinger was first launched), compared to a similarly spec-ed continental model that would have easily crossed the $300,000 mark.

What’s not to like? In fact, it sounds too good to be true, but after driving it, I soon discovered that it did live up to the hype.

Whether it is buildings or cars, proportions are the key in determining what works and what does not.

The Stinger GT has nailed this with its elongated hood, sloping roofline and muscular rear haunches. The low-slung posture and wide stance clearly mean business.

You can never go wrong with large wheels. New 18- and 19-inch wheel designs are available. Glimpses of the red Brembo brake callipers peeking out from between the wheel spokes offer even more hints of the Stinger GT’s sporting nature. As if you needed any more clues.

If you are still in doubt as to its potential prowess, look to the rear for more visual cues. Quad oval tailpipes and a new rear combination lamp with a continuous LED light strip that is trending across various car makes and segments should make you want to jump into the driver’s seat, if you are not already in it. The cabin looks pretty much the same as before, which is not a bad thing if you already had a good thing to begin with. Subtle visual and material upgrades include new contrast stitching on the dashboard and door panels, and carbon-fibre style trim on the centre console.

The new 8-inch touchscreen display may not be the most user-friendly, but I welcome the absence of a digital instrument cluster even as it becomes increasingly prevalent.

As with most analogue speedometers and tachometers, they are easily legible without having to decipher a visual maze of distracting graphics.

Even without going into the details, the cabin exudes a sporty character. Leather upholstery, ventilated seats, a tilt-and-slide sunroof, and Alcantara roof lining that makes the car interior feel like the inside of a Louis Vuitton handbag up the premium factor.

This is reinforced by the excellent sound insulation that cuts out excessive road and traffic noise, but still allows you to hear what you want to hear – those V6 vocals and maybe also whatever is coming through the Harman Kardon sound system.

And what better way to make that twin-turbocharged, 3.3-litre, 6-cylinder power plant sing than by putting it through its paces? I turn the drive mode select dial straight into Sport and take off.

From the get-go, the Stinger GT drives the way that it looks. Accelerating with some gusto from stationary, there is no perceptible turbo lag.

As if the spontaneity of the throttle isn’t reward enough in itself, there is also that accompanying aural experience, which is just as gratifying.

It has none of that brash and loud roar, but more of a subtler purr from the twin-turbocharged V6. 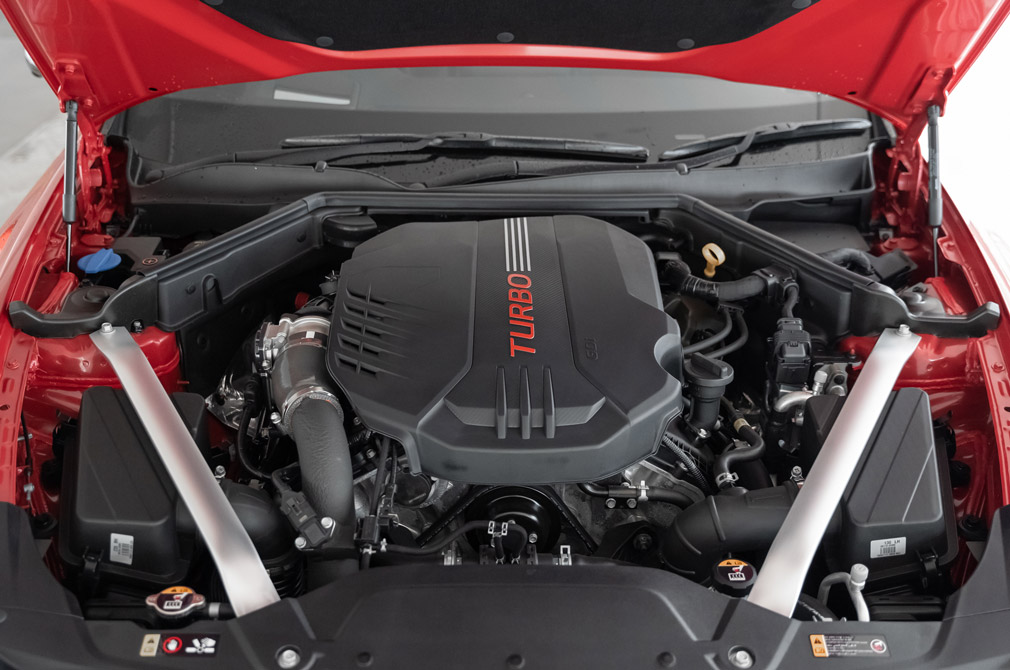 This is delivered through the four-pipe organ, which offers more than sufficient acoustic fanfare to complement the visual spectacle of watching the other cars in your rear-view mirror diminishing in size.

The 8-speed automatic transmission is also smooth and seamless.

In Sport+, the limited-slip differential works its magic to ensure that the car does not get too tail-happy while I happily throw my, or rather the car’s weight around corners.

Come hell or high water, the Stinger GT seems to have a knack for always staying firmly planted on the tarmac. Its low centre of gravity may also have something to do with its Velcro-like, road hugging ability.

It also comes across as extremely well-balanced and stable. Its electronically-controlled suspension is firm enough to feel sporty, but pliant enough to be comfortable even over bumpy roads, humps and potholes.

With the Stinger (and maybe the driver’s) voracious appetite for twists and turns satiated, it is time for both car and driver to wind down.

I take it across long sections of expressways to stretch its Gran Turismo legs. It reveals itself to be a car that is capable of being both naughty and nice – always up for some action, but very comfortable when driven at a leisurely pace.

In other words, it is the consummate Gran Turismo. The drives were made all the more enjoyable by the fact that my problematic and fussy back never once complained, even after multiple extended drives.

The seats come equipped with a four-way Air Cell Lumbar Support that allows vertical and lateral adjustments for optimum comfort and support. When you switch to Sport mode, the side bolsters automatically extended inwards, as if the car is giving me a hug.

The extended wheel base makes for more room in the cabin. The rear compartment is decently spacious, with more than sufficient knee, shoulder and headroom.

As with most fastbacks and coupes, the boot has a wide and shallow configuration, which works better for long and flat objects, rather than tall, bulky ones. Suffice to say, you will have no problem ferrying that Ikea flat-pack carton home, especially with the 60:40 split-fold seats.

The facelift includes Kia’s latest suite of driver assist and safety features that help to prevent collisions with oncoming traffic and rear-crossing vehicles, as well as stay in lane.

One feature that I find particularly useful is the Blind-Spot View Monitor (BVM), which is like a second pair of eyes. It displays a wide-angle video feed of my left or right blind spot on the instrument cluster. 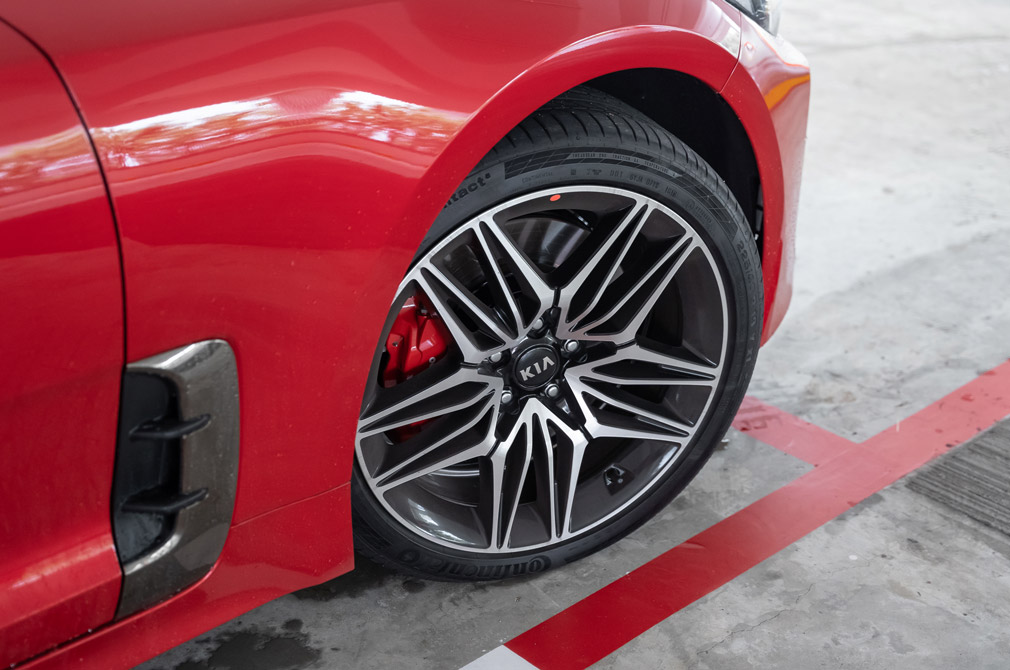 After my three-day test drive, the accumulated fuel efficiency reading was 4.2km/litre, a far cry from the 10.1km/litre indicated in the specifications.

The car was recently homologated with only about 130km on the odometer at the start of my drive. As the engine has not been run in, it is reasonable to register a higher consumption, which should improve with mileage.

A note should also be made about my fairly enthusiastic driving style and preferred choice of driving in Sport mode.

Based on individual trip readings, the best that I managed was 7.6km/litre, which is not too bad for a car of this capacity.

While the first-generation Stinger GT could be yours for just over $200,000 back in 2018, it now costs $241,999. However, it is still a steal compared to its closest rival, the Audi S5 Sportback 3.0, which costs over a whopping hundred grand more.

Look at it another way – if you go shopping in the continental department, the top-of-the-line Stinger GT money will only get you an entry level Audi A5 Sportback 2.0, or a BMW 318i Sedan Sport with some change.

Nothing in the BMW 4 Series line-up, which is a closer peer to the Stinger, falls within this price range.

With the Stinger GT, you also buy yourself the intangible benefit of exclusivity as it is far rarer on the road compared to its German counterparts.

One thing is for sure. The Stinger GT gives the Europeans a run for their money.

The facelift builds on the Stinger GT’s winning formula, retaining the drive, performance and handling aspects that I liked before, while giving the aesthetics a subtle makeover.

If you are able to look beyond its Korean badge, you will recognise that the Stinger GT possesses a very German heart. 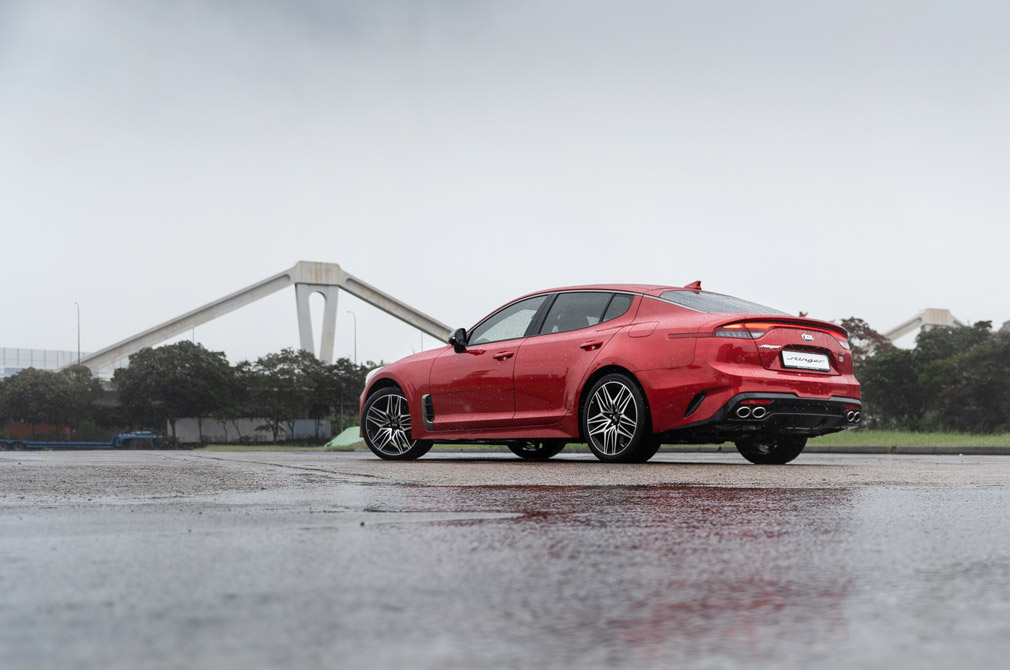