[This article was first published on oneshift.com]

"It is a welcome return to the market, a very competitive car that has all the makings of a great hit, and also a bargain."

We recently tested the Kia Niro EV and while it was impressive, it’s unlikely that the mass market would take to it anytime soon. In that review we also mentioned how much cheaper the Niro Hybrid is in comparison - in fact it is one of the most affordable hybrids in the market right now that’s offered by an authorised dealer. If that fact doesn’t make you sit up, maybe this will: the entry-level EX version retailing at $107,999 comes generously equipped, such as an 8” touchscreen with Apple CarPlay and Android Auto connectivity, a tyre pressure monitoring system, Lane Keeping Assist and a rear view camera. Going for the higher-end SX version gives you additional niceties like ventilated front seats, a wireless phone charger, keyless start and Blind Spot Detection. Frankly though, you won’t feel short changed with the EX, and you can save $6,000 in the process. So it’s established that Kia will sell you a well-specified Niro Hybrid at a good price. Part of the reason why that is possible is that Kia has managed to slip the facelifted car back to Cat A in the ever-changing COE system, by a stroke of divine timing. It’s a welcome relief for the Niro Hybrid, which started off brisk sales when it first landed in Singapore as a pre-facelift model (also with a Cat A COE), but lost some momentum when it was recategorised into Cat B. It was the first hybrid brought in by Kia Singapore, and the response was overwhelmingly positive. It is confident the facelifted car will repeat this success again.

It certainly looks refreshed with the nip and tuck, with a more modern front snout and redesigned tail lamps. The basic look hasn’t changed, but it didn’t need to - the Niro has always been a slightly conservative, but pleasant looking small SUV that’s riding high on the crossover trend. The interior has also been spruced up, with some tiny details that even the Niro EV we drove did not have. There is ambient lighting that runs subtly beneath some surfaces, the dashboard has been modernised a little and the infotainment system, as well as the instrument controls, are all exceptionally well-executed. The screen resolutions are crisp, and the menus on the onboard computer and logically laid out and worded. It’s a cinch to use, and the instruments look beautiful. Everything falls to hand intuitively, and it’s quite apparent that Kia has done countless blind tests with human touch points to arrive at its design. The attention to detail is great: the car even warns you when the car in front has moved off. Boot space is smaller than in the Niro EV, but you do get some useful secret compartments beneath the parcel shelf. Banish all negative thoughts you may have about the reduced power and torque outputs versus the pre-facelift model. Even though on paper it only produces 130PS and 170Nm, in reality, the car feels adequately responsive. Its party trick is the dual-clutch gearbox, which saps far less power than, say, a CVT gearbox. The clever gearbox upshifts just before the engine gets into its rough stride, so you are experiencing a rather refined drivetrain most of the time. It is gentle, but it is also powerful enough not to feel sluggish.

In fact, it's the hybrid that feels most like a normal car with a petrol engine. The usual brake regeneration one feels in a hybrid when the foot is off the throttle is quite mild in the Niro Hybrid, so you can decelerate like normal and brake like you would in a conventional car. It feels natural, well-sorted and thoroughly thought through to make sure you don’t experience much of the quirks of a electric-petrol powertrain. But does it also mean that the upsides are limited? To a point. The fuel economy is great, perhaps not as good as other hybrids out there, but we are talking in marginal terms only. We managed a fuel consumption of about 16km/l, which is decent. The brakes also feel unusually numb, so it takes some getting used to. Curiously, the car also comes with shift paddles. Unlike the one in the Niro EV which controls brake regeneration, these paddles are ‘real’ and control the dual clutch gearbox. With manual intervention, the Niro Hybrid revs and upshifts with aplomb, dare we say reminding us interestingly of Volkswagens that reignited the dual clutch trend in the mid 2000s. The overarching theme of the facelifted Niro Hybrid seems to be gentleness. Despite having a racy dual clutch gearbox, the way it shifts is very unintrusive. The engine is quiet most of the time unless you stretch it. The hybrid system, probably one of the most natural ones we have tried - also feels mild, with the electric power delivered in a linear, measured fashion. The question in our mind is whether it would have been a simpler solution to fit a smaller turbocharged petrol engine instead. We have a hunch the fuel economy will not be too far off the hybrid’s, although, you won’t get the tranquil silent moments when the engine is off. Thinking longer term, having a sophisticated gearbox, as well as a hybrid system, may be costly to maintain down the road. This is something to keep in mind versus other more conventional hybrid systems. 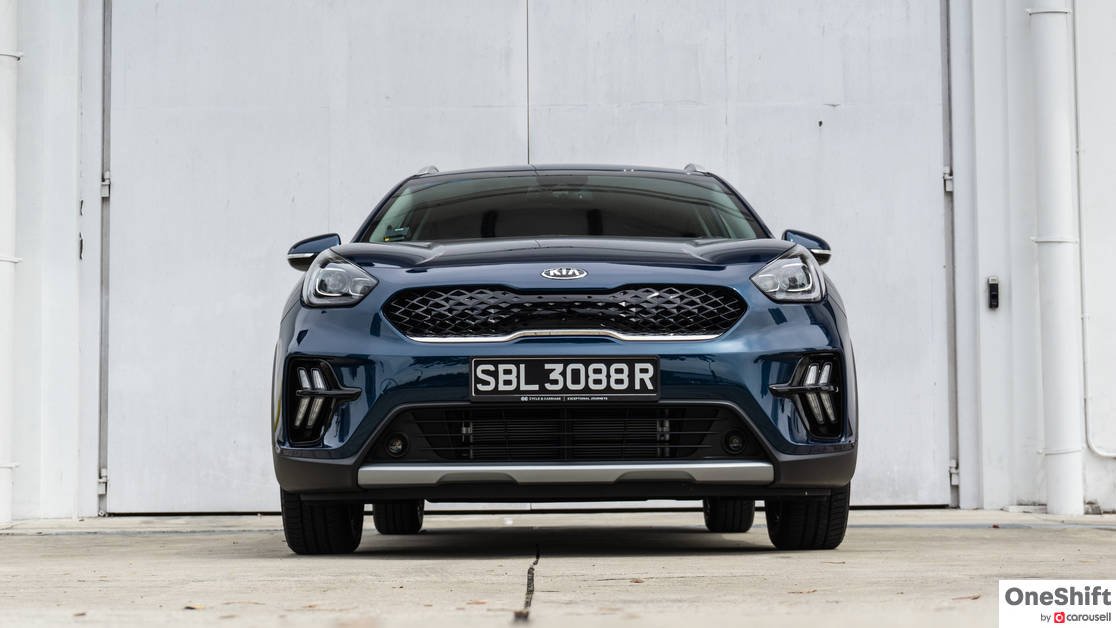 All that said though, the Niro Hybrid is an extremely polished product for something that is considered an entry-level model in the market. You get great value in terms of equipment, and you’re likely to be future-proof for quite some time yet because the car is packed with standard fit technology. It is a welcome return to the market, a very competitive car that has all the makings of a great hit, and also a bargain.

We Like
A polished car with a well-engineered hybrid drivetrain and thoughtful interior appointments. It’s a well-equipped SUV, whichever version you choose, and is great value for money. We also like that it is a hybrid that feels very conventional to drive, in a good way.

We Don't
The fuel economy comes quite close to 1-litre turbo petrol engines - is the hybrid system worth all the complication then? The boot space is also a little small.

An astoundingly well-sorted hybrid SUV for a great price.