Kia has given its Stonic compact crossover a mid-life update, with a new mild hybrid powertrain and improved features; expected in Singapore 2021

One of Kia’s most popular models in Singapore, the Stonic compact crossover, has just received a mid-life facelift. Among the key highlights include a new mild hybrid powertrain, as well as updated infotainment and safety features.

The facelifted Stonic is expected to arrive on our shores some time in 2021, although local distributor Cycle & Carriage Kia has not offered a firm timeline. Kia did reveal on its European press site that the car will go on sale in Europe in Q3 2020, so a rough estimate would probably put its Singapore launch date somewhere around Q1 2021.

The main highlight on the facelifted Stonic is a new 1.0-litre ‘Smartstream’ turbocharged petrol engine that is paired to a 48V mild hybrid system. Kia calls the powertrain ‘EcoDynamics+’, and it features a lithium-ion polymer battery that supplements the engine’s torque output with electric power.

It also has a Mild-Hybrid Starter-Generator (MHSG) unit that is connected by a belt to the engine’s crankshaft, and provides electric power assistance under acceleration to reduce the load on the petrol engine, improving efficiency and reducing emissions in the process. Under braking, the MHSG can also recuperate energy from the crankshaft to recharge the battery.

Power output remains unchanged, at 120hp, over the current model’s Kappa 1.0 turbo petrol engine. However, torque is now up slightly, from 171Nm previously, to 200Nm with the updated powertrain Other changes include an upgraded touchscreen infotainment system, with an 8.0-inch touchscreen display as standard, as well as wireless Apple CarPlay and Android Auto compatibility. There is also now a choice of two new body colours, Perennial Grey and Sporty Blue, while those who opt for the two-tone paint scheme can now have the roof finished in yellow. 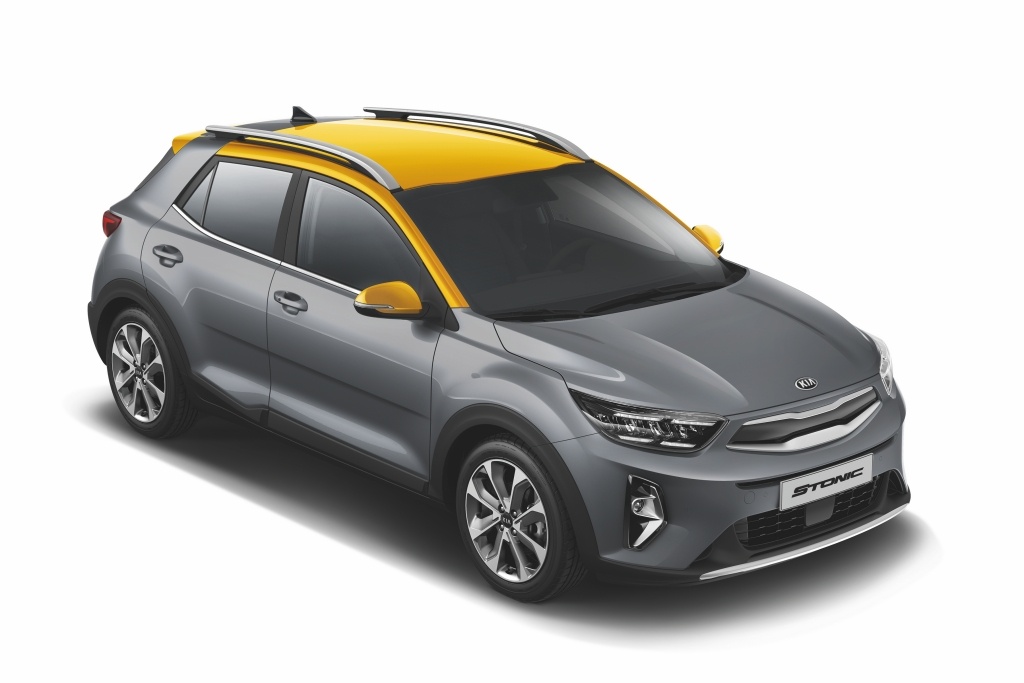 Kia has also announced the availability of new driving assistance systems for the Stonic in Europe, including Forward Collision-Avoidance Assist, Lane Keeping Assist, Blind-Spot Collision Warning, Smart Cruise Control, and Lane Following Assist, among others. Whether these features will be on Singapore-bound cars remain to be seen though, given that they would probably add on significantly to the car’s cost here.

C&C Kia revealed to CarBuyer Singapore that it sold around 1,000 Stonics here last year, making it one of its best-selling models, and proving that Singaporeans’ thirst for crossovers remain strong. The updated version should further appeal to buyers when it arrives, although it faces stiff competition from fellow Korean brand Hyundai, who themselves recently launched their own Kona Hybrid crossover here.