Here’s why your next car should come with Apple CarPlay

Some carmakers have been faster than others to introduce Apple CarPlay, and it's no surprise that Kia is one of them. But what exactly is CarPlay, and is it worth having?

SINGAPORE — If you're an Apple user, you might have heard of a little something called "CarPlay". Then again, maybe not, as it's a feature that's mainly fitted to high end cars. Until now, that is.

Apple CarPlay is very gradually finding its way into the mainstream, but some car manufacturers have been more eager to introduce it than others. It should come as no surprise that Kia is one of them.

The new Kia Cerato's 8.0-inch touchscreen infotainment system (available on EX and SX variants) is fully compatible with Apple CarPlay, in line with the brand's philosophy of bringing the latest technologies to market, and making features usually seen in luxury cars available in its own range of cars.

It means you can now have Apple CarPlay in a car that costs well under S$100,000 (the Cerato EX costs S$77,999 with COE). But you might be wondering what the hype surrounding CarPlay is all about, and whether it's something genuinely useful and worth having in your car. If so, here's everything you need to know about Apple CarPlay.

What is it?
Apple CarPlay is a way to use your iPhone will driving, but safely. When you connect your iPhone to your car, you can make calls, send messages, listen to music or podcasts, and even get turn-by-turn navigation instructions.

CarPlay works with the built-in controls of your car; in the Kia Cerato, for example, the touchscreen infotainment system, multi-function steering wheel buttons and voice control all allow you to operate CarPlay. 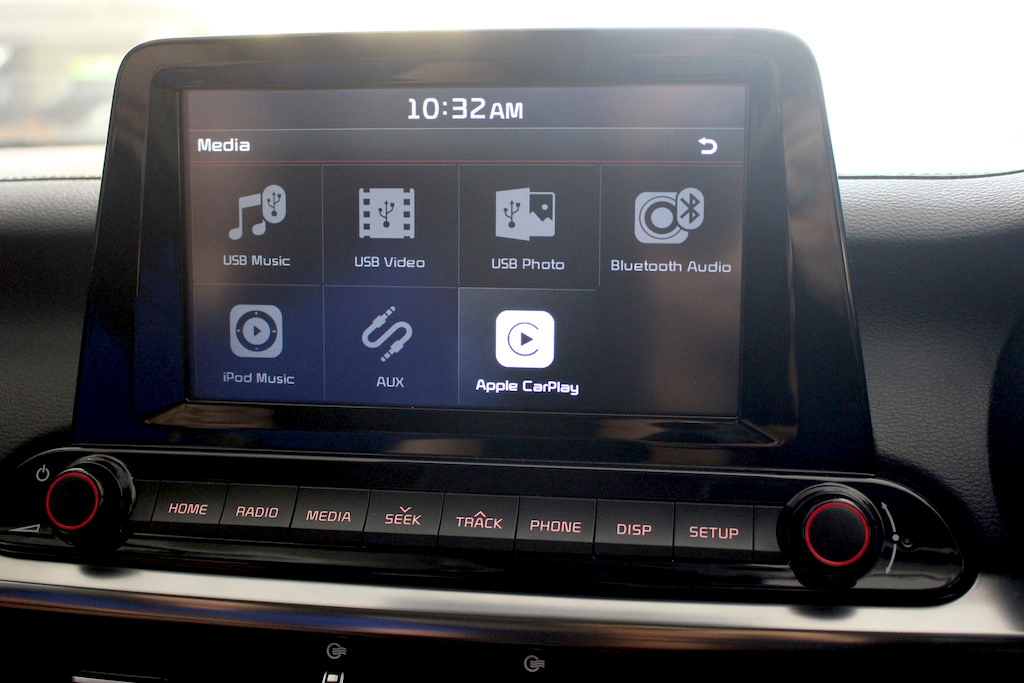 How to activate it
First you'll need an iPhone 5 or later. Make sure Siri is enabled, and then all you have to do is connect it to the USB port of your car and grant the infotainment system permission to operate CarPlay.

Presto! A simplified version of your iPhone's iOS interface will appear on the touchscreen, and you're ready to go. 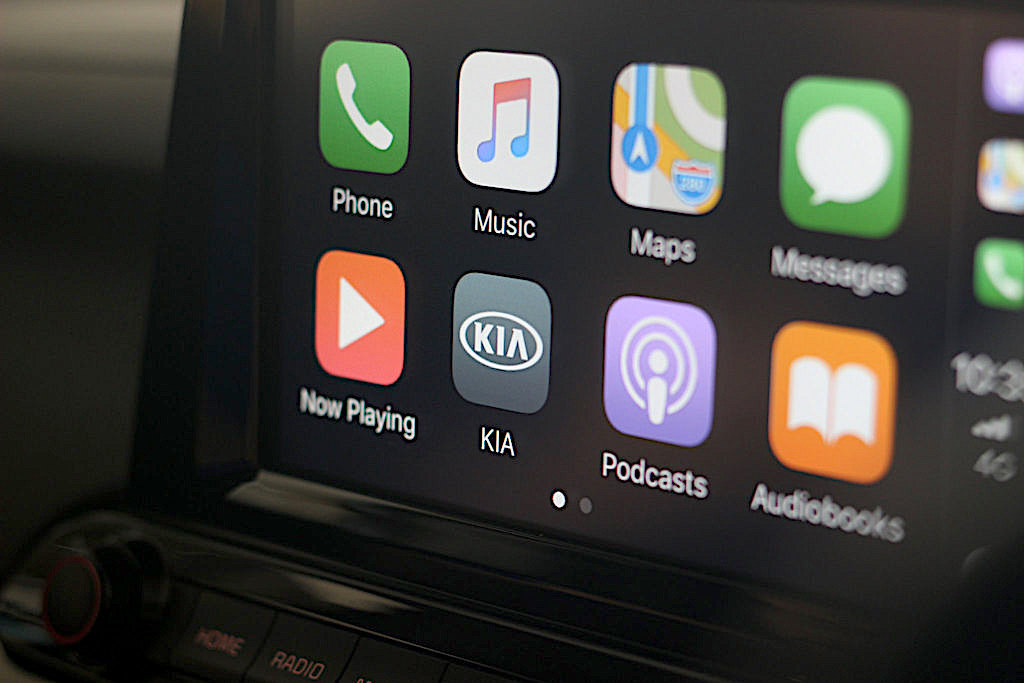 What apps are available?
These are the standard apps available with Apple CarPlay:

A number of third party apps work with CarPlay, too, such as: WhatsApp, Audible, Spotify and (with the latest iOS 12) Waze and Google Maps. 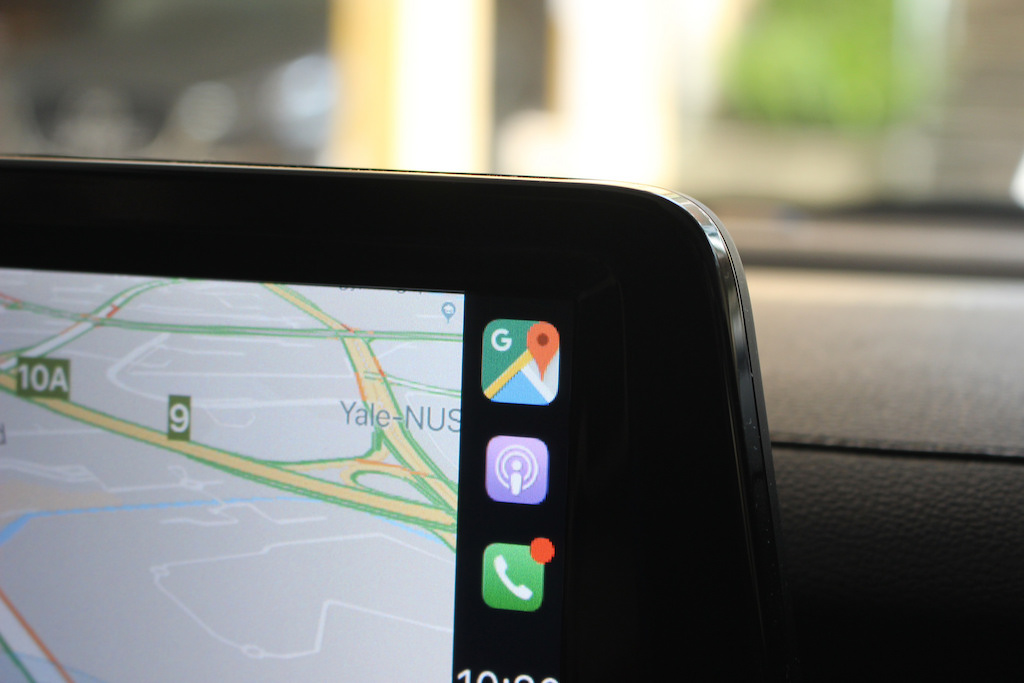 If you're wondering why not all of the apps on your phone show up in CarPlay, it's down to a simple reason: safety. The whole point of the system is you let you use your iPhone while driving in a safe and legal way. It's probably a bad idea trying to get a three-star score for an Angry Birds level when you're hurtling down the PIE, if you think about it.

How do I use it?
The touchscreen interface allows you to operate most functions but, again for safety's sake, many are controlled by voice, via Siri. 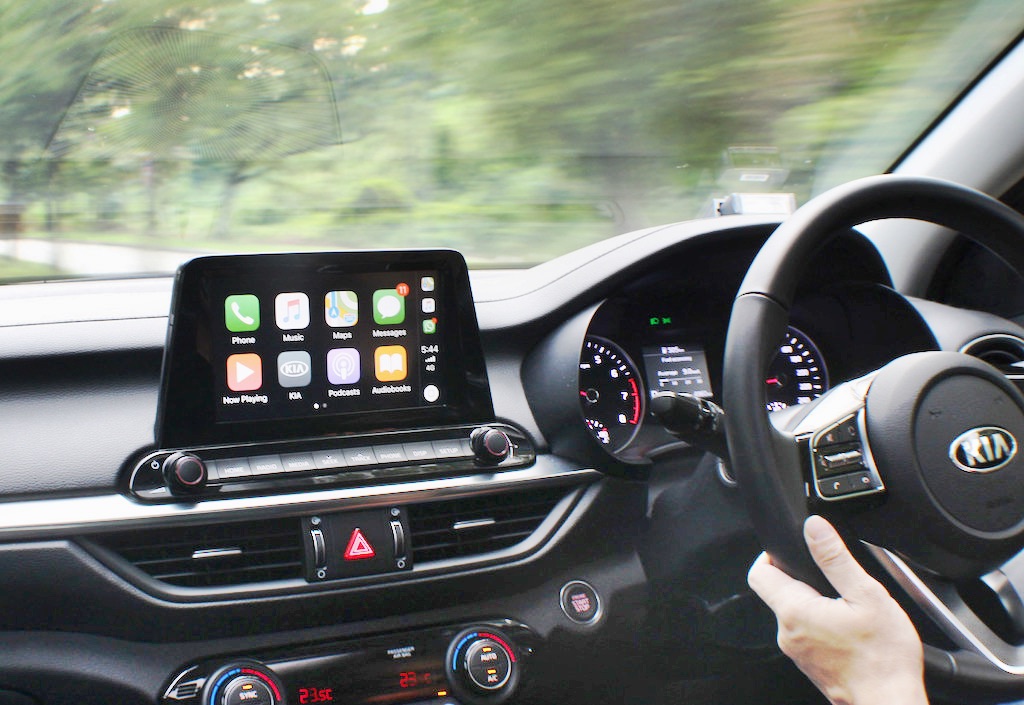 If you're not a regular Siri user, that's not as daunting as it sounds. If you want to send a message to your wife, for example, all you do is push the voice command button on the steering wheel and say, "Send a WhatsApp to my wife", followed by whatever the message is. (This assumes you've given the right woman in your contacts list the nickname "wife", of course.) 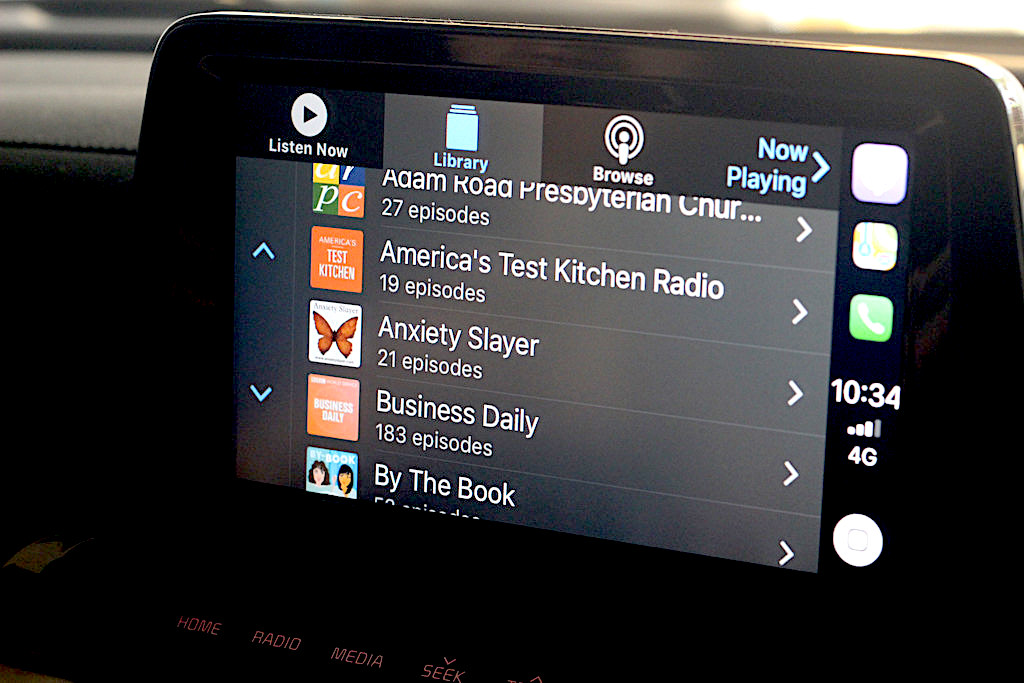 Other simple voice commands get you an instant response from the system: "Play 'Drive My Car' by The Beatles", for example.

When you have an incoming message, Siri can read them out to you and prompt you to reply. Essentially, Apple CarPlay is designed to let you keep your eyes on the road as much as possible.

If you're new to using Siri, our tips to make it work smoothly are to speak slowly and clearly (you don't have to put on a fancy accent), and to try to learn the relevant commands (that is, you should say, "Tell my wife I'm on my way" instead of "Can you message my wife? Say I'm on my way."). Remember, you are much better at learning commands that Siri can interpret than Siri is at learning how you converse.

Can I rearrange the apps on the CarPlay screen?
Yes! This has to be done on the phone itself, rather than the touchscreen. Just go to Settings > General and tap CarPlay. Choose your car (for example, "Kia") and you'll be able to use the add or delete icons to add or delete apps.

You can also tap and drag the icons to change the order in which the apps will appear onscreen.

It's all seamless and straightforward, which is why it fits so perfectly with a family-oriented car like the Kia Cerato, which is itself designed to be painless to operate. 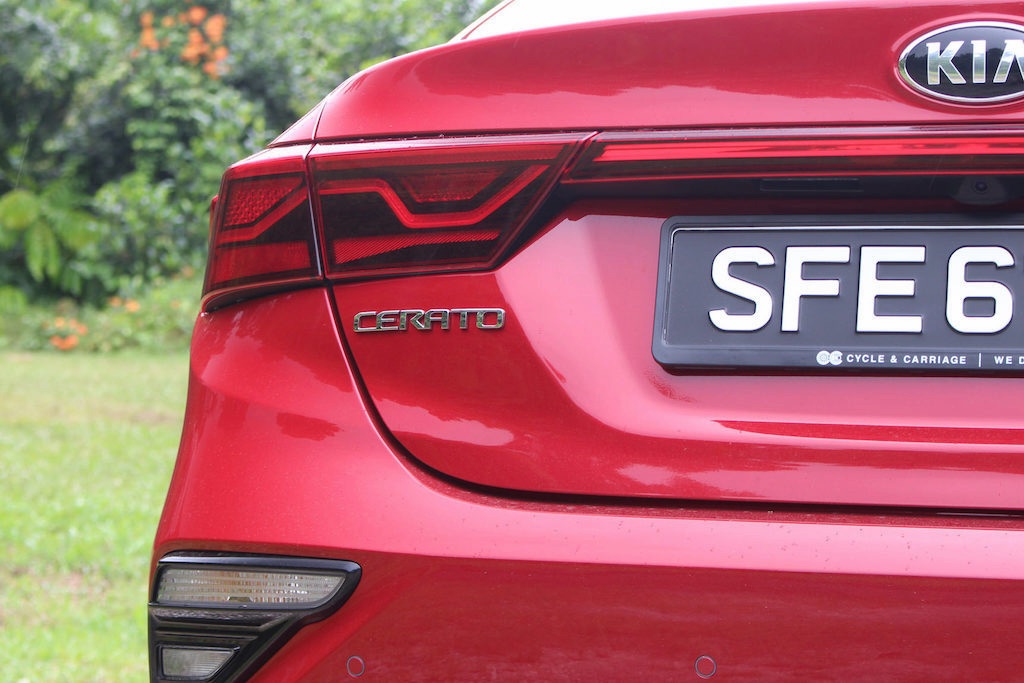 CarPlay also future proofs your car somewhat. Carmakers are locked into lengthy product cycles of up to eight years, but Apple updates iOS much more rapidly. Choose a car with Apple CarPlay, and you'll be choosing one whose infotainment system effectively evolves and gets better with time.