When the current-generation Kia Cerato first broke cover in 2018, it was clear that its styling was inspired by the Stinger. The Cerato’s “tiger nose” grille and headlights were very similar to the fastback.

By taking its cues from the flagship model, the Cerato benefits from a “halo” effect. The model can of course, stand on its own. Looks aside, it is also relatively well-equipped, especially for the top-tier GT Line variant.

But three years and a mid-life update later, is the Cerato still a convincing proposition?

The Kia Cerato looks sleeker than before, thanks to the slimmer grille and headlights. Its new front bumper is more angular, giving the car a more dynamic presence. The rear end gets a redesigned bumper and new tail-lamps.

And in case you didn’t notice, the new Cerato is also the first model to sport Kia’s revised logo. The overall look is modern, but I’m not a fan of the numerous “dashes” that accentuate the headlights and tail-lights because it makes the styling look “busy”.

I also think that the mid-cycle refresh could have been a chance to finally re-integrate the rear indicator lights with the tail-lamps. They are still positioned too low, reducing their visibility.

Inside, drivers get a larger supervision cluster on the instrument panel and a bigger screen for the infotainment system. In the GT Line variant, the infotainment display has grown from eight inches to a more useful 10.25 inches.

GT Line models now also have an electric parking brake instead of a handbrake. This increases convenience and makes the cockpit neater. Should the facelift have included a digital instrument panel? Yes, but it would have driven up the price. Nevertheless, I expect to see it in the succeeding model.

At any rate, Kia chose to upgrade the Cerato’s safety features, which are a lot more important. The numerous new additions include Forward Collision-Avoidance Assist, Rear Cross-Traffic Collision Warning and Smart Cruise Control with stop and go.

Left untouched, on the other hand, is the Cerato’s drivetrain, which still consists of a naturally aspirated 1.6-litre engine paired to a 6-speed automatic gearbox.

This engine is old by today’s standards. Consumers now expect either a smaller displacement turbocharged motor or one with a 48-volt mild hybrid system (like in the Stonic M-Hybrid). Naturally aspirated 1.6-litre may not be remarkable in today’s context, but it remains capable.

That said, given its simplicity, it should be reliable. And with plentiful sound insulation, the workmanlike vocals only become intrusive above 4000rpm.

Also unchanged is the car’s handling, but this isn’t an issue. This generation Cerato has a much stiffer platform compared to its predecessor, so it is much better at dealing with bumps and undulations.

In particular, the car doesn’t “rock” as much when going over bumps, so it feels more planted and reassuring. Is the Cerato still a convincing buy? If you’re a Kia fan, yes. It has sleeker looks and more standard safety and driver assistance features, and still feels familiar to those who’ve driven it before.

However, the Cerato isn’t the only player in this segment. Its competitors include the Mazda 3, which despite being smaller, offers better drivability and an arguably more stylish design.

Then there is the Cerato’s “in-house” rival, the Hyundai Avante. It utilises a newer platform, is slightly larger and in Elite spec, even better-equipped than the GT Line. Plus, at time of writing, it also costs $2000 less.

Hopefully, this timely update has given the Cerato enough “ammunition” to hold out until an all-new successor arrives. 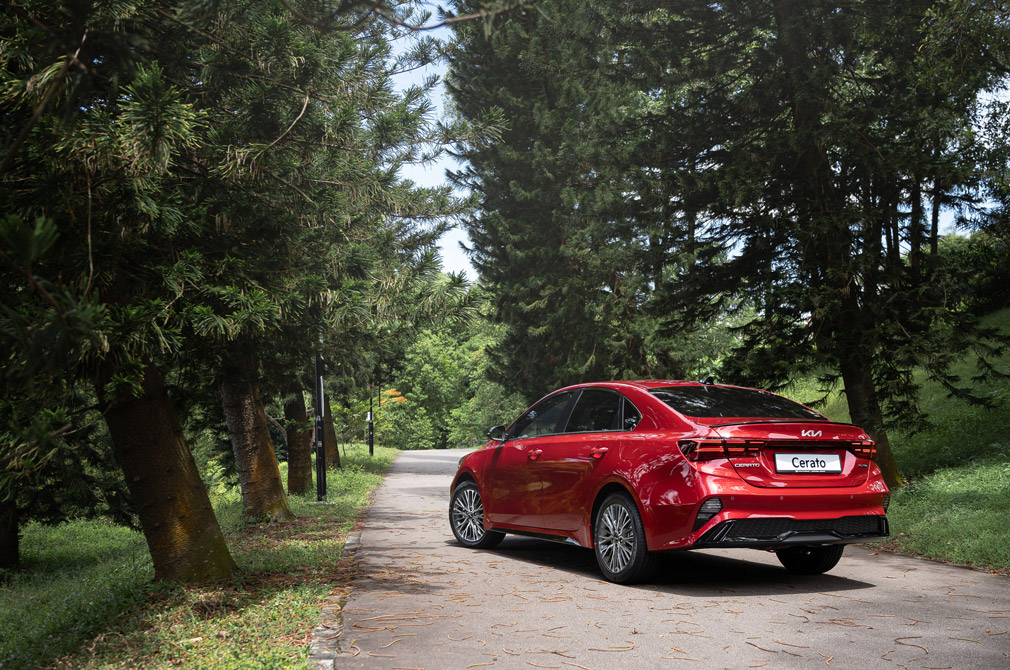