It's happened. With the DS 7 Crossback, DS has made a car that finally does live up to the brand’s claim for elevated motoring, and not just because it’s a crossover.

DS, the luxury sub-brand of Citroen, was announced in 2009. Until 2015 its cars were just badged differently, after which it was ‘relaunched’ as a stand-alone brand, and even got its own fuzzy-carpeted showroom here in 2016.

In all that time, you could easily sum up DS cars as Citroens with a bit more snazz, more stuff in ‘em’, but with hits and misses along the way. The DS by Citroen DS 5 hybrid was really not very good at all, as Ju-Len pointed out (then again neither was the Peugeot 508 RXH with the same drivetrain), while the diesel-powered DS 5 was interesting but didn’t feel hugely more luxurious than say, a Citroen Picasso.

DS hit its best notes with refreshing cars like the DS 3 Cabriolet, characterful, unique and fun, but even if you switched out the badge nobody would really notice. Conversely, sit a Citroen owner in a DS car and he or she would easily recognise all the Citroen-y bits. The DS 7 Crossback changes that, for here is at long last, a DS car that really walks the luxury talk.

Its overall silhouette isn’t particularly stunning – it’s a crossover with a similar stance to anything from the Nissan X-Trail to the Audi Q5 – but as it is so often with luxury items, Mephistopheles is in the minutiae. The grille, badge, headlights all look confidently and cleanly executed, so you go 'Oh that's nice what is it?' rather than 'Ew, what the heck is that?' at first glance. The eyes linger on the taillamps, with its infinity-of-angles design, and the headlights with their triple LED lens elements even do a little chorus-row welcome dance when you unlock the car. It’s the same when you get in, the high-mounted start-stop button has a red ‘breathing’ LED light (Who else does that? Aston Martin...), and once you start the car and the backlit, BRM-branded timepiece unfolds. Superfluous? Yes, but like Mercedes with its LED-lit aircon vents, one aspect of luxury is of course ‘we don’t have to...but we will cos’ it’s cool’. On the other hand, a car could do the freaking Macarena but it wouldn’t mean much if there weren’t proper quality and features to back it up. DS has long enforced the ‘cosy, dark and full-of-leather’ luxury trend, and the DS 7 is no different. What is this time is that the materials are a eye-catching mix, from marbled dark faux leather, to real Nappa leather, to satin chrome and piano black, but all of it feels well put together, lovely to touch, unlike the parts-bin pastiche look from before. You’ll also notice a unifying theme in the form of geometric patterns that give the cabin a techno-futuristic feel, and you’ll find the same pattern everywhere from the taillights, to the speaker grilles, volume knobs and backlit window buttons. Again, it’s a ‘we don’t have to, but we did’ sort of touch that really enforces the idea of being in a luxury car. It also gets on the glass cockpit wagon,with a big 12.3-inch virtual instrument display and 12.0-inch central infotainment system, both of which are customisable, and have pretty much every feature you’d expect from a modern luxury HMI, including profiles, navigation, Apple CarPlay, Android Auto, and audio is channeled through a nice-sounding 14-speaker system done by French audio experts Focal. There’s everything but the kitchen sink here really, and DS ups the ante some more : The front seats have massage and ventilation, there’s also electrically-adjustable backrests on the rear seats, an electric tailgate, plus lots of safety tech in the form of city safety braking, adaptive cruise control (with steering assist), attention assistant, blind spot monitors, reverse camera, and six airbags. Given that tremendously long equipment list, we almost expected corners to be cut with regards to driving dynamics, but the DS 7 defied our expectations again. The 1.6-litre turbocharged engine isn’t the smoothest, but the new eight-speed gearbox makes progress much more tranquil than before. It helps too, that the cabin’s well-insulated, and given the decent 225hp and 0-100km/h time, the big cargo space (555-litres) and adjustable rear seats, the DS 7 would do rather well at long distance road trips. The almost clown-car sized 20-inch wheels translate to big road presence, but also a jittery ride (despite DS’s ‘Active Scan’ camera-bolstered ride quality system) and less precision and feedback from the steering than we’d like, but in the overall crossover spectrum, the DS 7 is actually quite easy to drive since it doesn’t feel colossally large behind from the wheel. At 4,595mm long it’s shorter than a mid-sized executive SUV like the Audi Q5 (the Audi goes for $230k with COE, so the DS is much cheaper), slightly larger than VW’s Tiguan, and comparable to a Toyota Harrier in size. With the pricing at $186,999 with COE, it’s more expensive than the Toyota (the most expensive Harrier goes for $160k with COE). 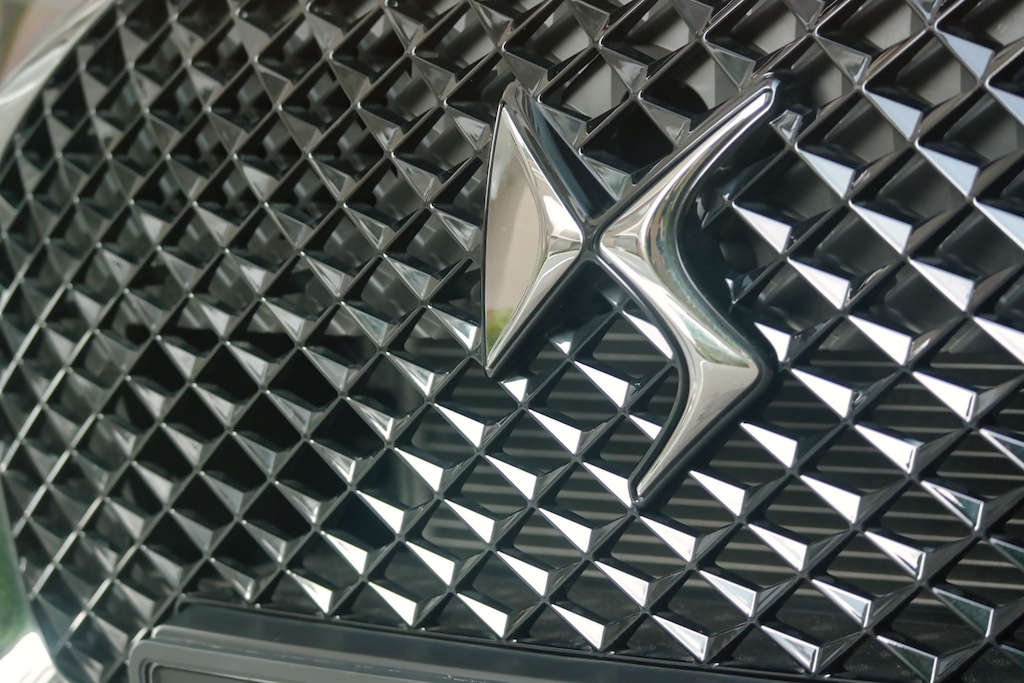 With its current pricing, the DS 7 slips into the semi-premium price bracket, but there’s probably no other SUV of comparable size with as many features, so its closest competitor is the the top-line Tiguan, the 2.0 R-Line, at $197,400 with COE.

For those who balk at paying nearly $190k for a ‘Citroen’ (“It’s a DS!” Scream the marketing people, frothing at the mouth) there’s good news as a less powerful 175hp model could be introduced later in 2019 with a more approachable $160k with COE price. You and I both are waiting for the French But, which is the one big or many small niggles that usually hold Gallic machines back, but amazingly, there doesn’t seem to be one. There are still one or two small imperfections, such as the infotainment display not being quite as razor sharp or lag-free as a German’s. There’s a power, boost and torque readout available in the customisable driver’s instruments, for another example, and apparently the engine makes zero horsepower in anything but Sport mode.

But that’s it really, and nothing that comes up as deal-breaking, so it’s easy to recommend in the end.

DS needs more cars like it to truly become the premium brand it intends, it’s never quite strung it together as coherently as it has with the DS 7 Crossback, which is a firm step to a higher direction.