You’ve got to hand it to the French when it comes to designing cars. Models from the three Gallic carmakers here – Renault, Peugeot and Citroen – do not resemble anything else on the road.

In fact, to drivers who are only interested in mainstream models, cars like the Citroen C4 look decidedly offbeat. If you like being different, this is definitely a good thing.

The C4, which used to be a hatchback, now resembles a compact crossover – the most popular body style among buyers today. In its segment, the C4’s main rivals are the Peugeot 2008 (its mechanical cousin) and the Renault Captur.

The easiest way to describe the C4 would be to say that it has an eclectic design.

This crossover has a very sleek front end, but walk along its sides and you’ll be greeted by sculpted fenders and chunky plastic trimming, which give the car a rugged vibe. The big “dimples” on the bonnet are interesting, though I’m not sure they have any function.

The C4’s rear end is its least unique style element. The tailgate features a windscreen split by a rear spoiler – a design element also used by the Toyota Prius and previously, the Mitsubishi Eclipse Cross.

That said, Citroen did give the C4 a distinctive interior, though, which is good news since this crossover is closely related to the 2008. Both models are built on the same platform. 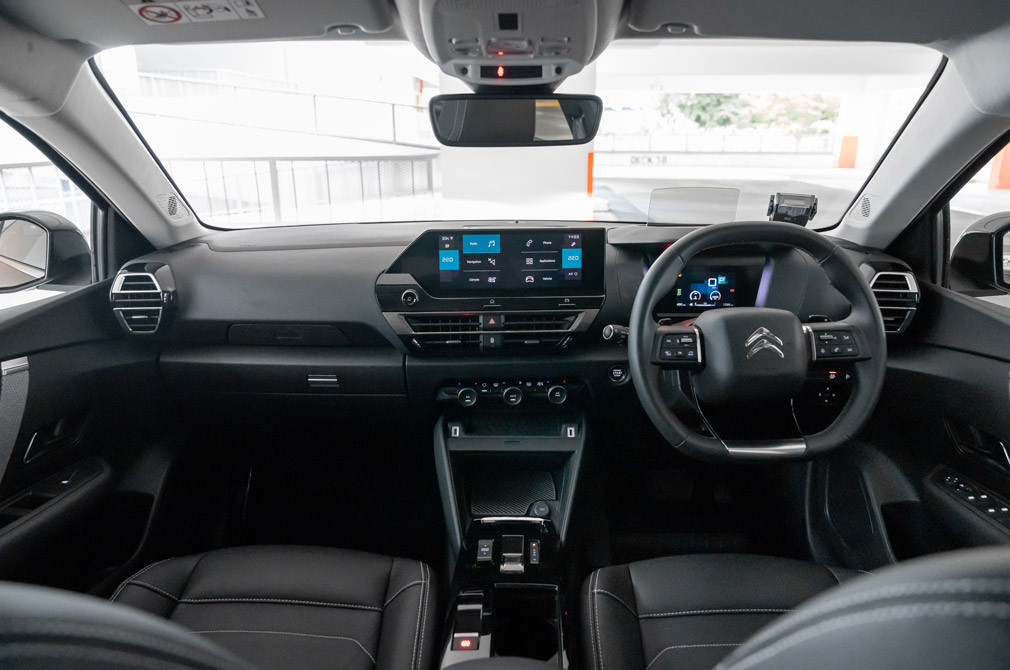 But you’d never even assume it once you’ve settled onto the driver’s seat. The C4’s cockpit has a strong geometric theme: trapezoid-shaped air-con vents, rectangular screens for the infotainment and instrument displays, and square buttons on the steering wheel.

Speaking of which, the top and bottom parts of the steering wheel are flattened, giving it a quirky shape, too.

The infotainment system’s layout is intuitive, making it easy to get to grips with. On the other hand, the instrument panel could definitely be bigger. Not everyone will like the small graphic sizes.

Fortunately, the C4 Shine variant has a coloured heads-up display as standard. Though the info is projected onto a pop-up screen instead of the windscreen, the speed readout is large enough to be read at-a-glance. 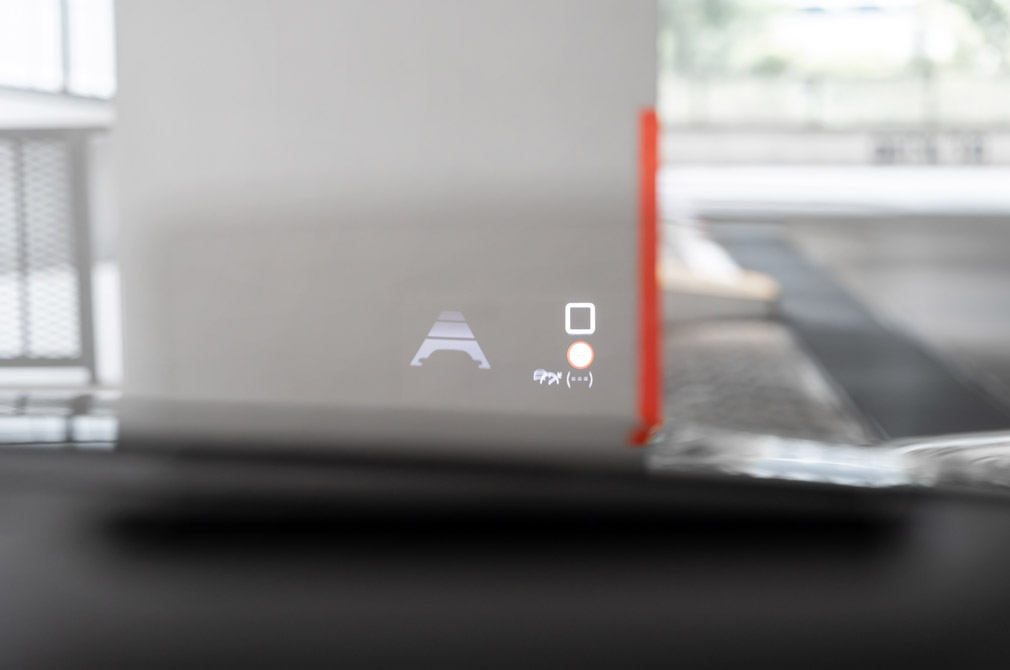 Citroen prides itself on occupant comfort, and the brand’s efforts are obvious here. The C4 is equipped with what the carmaker calls Advanced Comfort Seats, which are well-padded and offer excellent support.

There’s also been an effort to cater to modern users. The C4 has a feature called Smart Pad Support – a retractable system built into the dashboard that attaches to a special iPad case.

With the device attached to the dashboard, the front passenger can use it with more convenience (no need to hold it) and greater safety (it won’t go flying in the event of a collision). 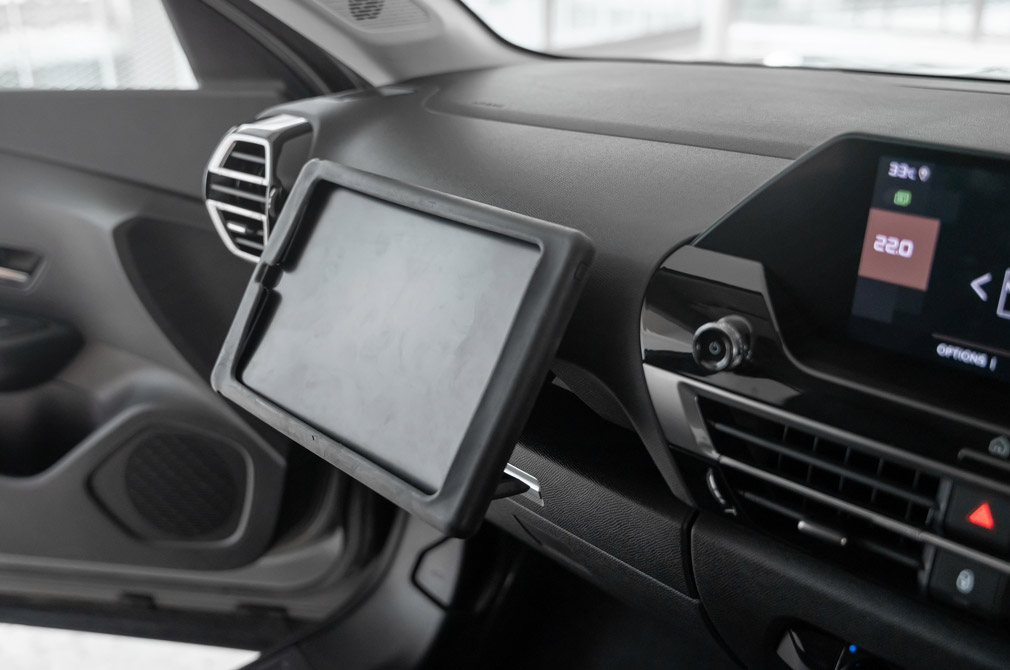 Speaking of tablets, there’s even a handy tray for storing one, or keeping loose valuables out of sight.

The C4’s rear bench is as comfortable as the front seats, with good legroom and rear air vents to help everyone stay cool. Those USB ports are useful, too. The floor protrusion, on the other hand, should be further minimised to make things less awkward for the middle occupant.

For practicality, the C4 has a 380-litre boot, whose capacity expands to 1250 litres when the rear seats are folded.

Powering the C4 is a turbocharged 1.2-litre 3-cylinder that pumps out 129hp and 230Nm. If this unit sounds familiar to you, that’s because it also does duty in the C4’s rival – the Peugeot 2008.

Citroen’s focus on comfort, however, means that the C4 has a relatively relaxed character. 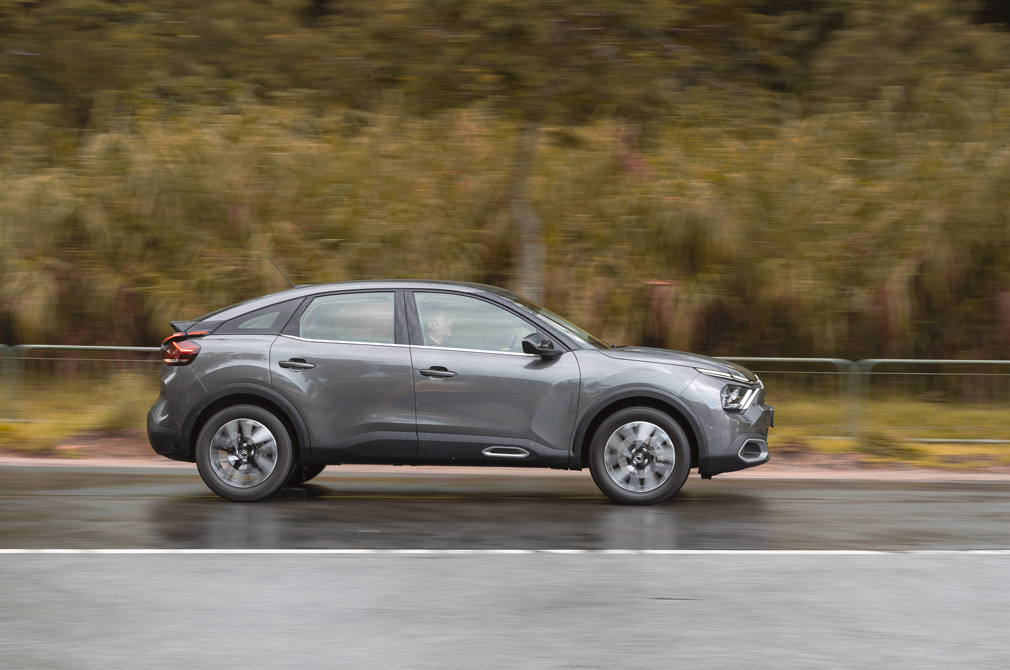 Despite having the same engine and output as its cousin, it is marginally slower than its cousin when sprinting from rest to 100km/h, taking 10.4 seconds to the 2008’s 9.1 seconds.

Choosing “Sport” mode makes the drivetrain slightly more responsive. The paddle shifters, though, don’t really help. Even the gearbox software feels like it was tuned for refinement.

For those who aren’t in a hurry, the C4 is the crossover to consider. Equipped with the same Progressive Hydraulic Cushions as the larger Citroen C5 Aircross, the C4’s ride quality is soft and forgiving.

It not only takes undulations in its stride, but also deals with those annoying narrow-but-tall speed bumps with relative ease. In my experience, you’d usually need a car with air suspension (or very big and thick tyres) to make them “disappear”.

The Citroen C4 is an offbeat approach in a very popular segment.

It design is not what mainstream buyers (read: conservative) are looking for. But that is precisely what gives the crossover its appeal.

Citroen’s approach to comfort is a refreshing one, too, with emphasis on seats and their surfaces, practical touches like support for devices, and a high-tech cabin that drivers today seek.

As for the cushy ride and relaxed pace, those are traits that most folks won’t mind having. 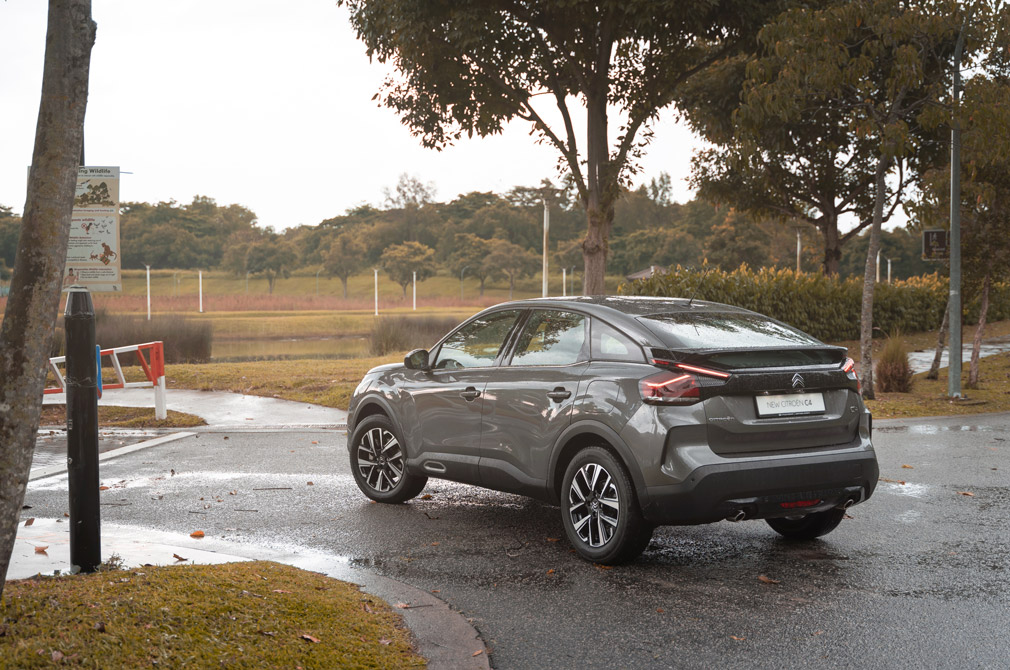